We report preliminary results of an ongoing investigation of SARS-CoV-2 genomic diversity in the metropolitan region of Belo Horizonte (MRBH), Minas Gerais, Brazil. We sequenced and characterized 85 nearly complete SARS-CoV-2 genome sequences from randomized samples collected between 28 October 2020 and 15 March 2021. Phylogenetic analysis reveals co-circulation of two variants of concern (VOC), B.1.1.7 (n=3, 3.53%) and P.1 (n=30, 35.29%), and variant of interest (VOI) P.2 (n=41, 48.23%). These variants harbor E484K (P.1 and P.2) and N501Y (P.1 and B.1.1.7) mutations that are associated with increased transmissibility or immune escape. The N501Y mutation has also been associated with an increase in COVID-19 hospitalizations and deaths. Notably, we find that between 28 Feb and 15 Mar, 68% of cases were caused by the P.1 lineage in the MRBH. In addition, we report a cluster of two sequences characterized by a unique array of 18 mutations, including new non-synonymous changes in the same critical spike amino acid positions, E484Q and N501T. This lineage seems to have emerged independently from the nationally widespread B.1.1.28, as previously reported for P.1 and P.2, and adds up to the composition of a complex epidemiological scenario of the SARS-CoV-2 pandemic in Brazil.

Over the last months, several teams have reported the emergence of multiple variants of concern (VOC) or interest (VOI) in Brazil, such as P.1 (1), P.2 (2), N.9 (3), N.10 (4) and B.1.351 (5), documenting their geographical dissemination throughout the country (6). While the epidemiological consequences of their co-circulation dynamics remain unclear, current evidence supports that P.1, B.1.1.7 and B.1.351 are associated with altered epidemiological characteristics (1, 7, 8). These VOCs harbor unique constellations of mutations that are associated with increased transmissibility (1, 7, 8), immune escape (9) and/or increased disease severity (1, 10).

In a highly complex epidemiological scenario (11, 12), we sought to determine the frequency of SARS-CoV-2 variants in the metropolitan region of Belo Horizonte, the capital city of Minas Gerais state, southeast Brazil. Although Minas Gerais is the second most populous Brazilian federal unit (~21.2 million individuals), the diversity of recently described viral lineages circulating in this region remains poorly understood. Here, we characterize 85 SARS-CoV-2 genome sequences from Minas Gerais, including 78 collected from January 7th to March 15th, 2021.

To ascertain the current scenario of the COVID-19 pandemic in the MRBH, we conducted a genomic surveillance study based on 85 randomly selected clinical samples positive for SARS-CoV-2, collected between 28th October 2020 and 15th March 2021. Samples were collected in three laboratories (Laboratório Hermes Pardini, Laboratório de Biologia Integrativa, UFMG, and Laboratório Municipal de Referência, PBH) and molecular diagnostics was conducted with RT-qPCR, using either CDC N1 and N2 primers (13) or the TaqPath COVID-19 assay (Thermo Fisher, USA). Sequencing libraries were prepared using the QIAseq FX DNA Library Prep kit (QIAGEN, Germany) and sequenced on the Illumina MiSeq platform (Illumina, USA) with a v3 (600 cycles) cartridge. Three negative controls were used in all sample processing steps (cDNA synthesis, viral genome amplification and library preparation). Quality control and consensus genome sequence inferences were performed with a custom pipeline released in the context of a previous study performed by our group (14). All mutations detected in the novel consensus genome sequences and reported in this study were manually verified in raw sequencing data. Sequencing statistics and metadata for samples are available in Supplementary Table 1.|

Genomic analysis reveals co-circulation of lineages P.1 and B.1.1.7 in Belo Horizonte

Despite our limited sample size, we were able to detect a change in the genetic composition of the SARS-CoV-2 epidemic population in the MRBH. While P.2 had been the major lineage through most of the study period, the relative frequency of P.1 has rapidly increased since its first detection in our data (February 24, 2021), becoming the dominant lineage in the following weeks (Figure 1). Overall, our results highlight the predominance of VOC/VOI (P.1, P.2 and B.1.1.7) over previously circulating lineages in Minas Gerais, B.1.1.28 and B.1.1.33, the major strains circulating in Brazil since the beginning of the pandemic. This pattern of lineage replacement agrees with the observed in other regions of the country, adding to the increasing body of evidence suggesting relative fitness advantage of VOCs (1, 7, 8). Similar shifts from non-VOC to VOC dominance have been shown to have epidemiological consequences, including faster epidemic spread, shifts in the age distribution of infected individuals and increased mortality rates (1, 7, 8, 10, 16).

Figure 1. Barplots exhibiting the variation in lineages’ frequencies in Minas Gerais state along epidemiological weeks of 2020 and 2021. The upper panel depicts the temporal distribution of lineages in absolute numbers of SARS-CoV-2 genome sequences available, while the lower exhibit relative frequencies. The plots reveal that the epidemiological dynamics of SARS-CoV-2 in this region has been dominated by the circulation of variants of interest (P.2) or concern (P.1). Specifically, P.2 circulated in high frequency along the eight first epidemiological weeks of 2021, a scenario that changed with the arrival and spread of lineage P.1, which became the major lineage over the following weeks.

To further contextualize the genetic diversity of SARS-CoV-2 circulating in the MRBH, we assembled a comprehensive and globally representative dataset of genome sequences available on GISAID (n = 3,273). This dataset was composed by randomly sampling half the sequences of a larger dataset assembled from all Brazilian sequences available and sampled international sequences (one per country per epidemiological week). A maximum-likelihood tree was inferred from this dataset with IQ-Tree 2 (17) under the GTR+F+I+G4 model (18, 19) and Shimoidara-Hasegawa-like approximate likelihood ratio test (SH-aLRT; 20) was used to assess branches’ statistical support. Our phylogenetic reconstruction confirmed pangolin classification for most genome sequences and identified the co-circulation of multiple VOC/VOI in the MRBH during the sampled period (Figure 2). Nevertheless, six sequences identified phylogenetically as P.1 (n=1), and P.2 (n=5) were classified as B.1.1.28 in pangolin; and one phylogenetically identified B.1.1.28 genome was classified as B.1.1.143 in pangolin. New sequences from Belo Horizonte cluster with sequences from several states scattered in Brazilian regions, emphasizing the role of human mobility as a driver of viral dissemination. Despite this general pattern, we find 13 monophyletic clades majorly composed of sequences from the MRBH within P.1 and P.2 lineages. These clusters have variable sizes, between 2 and 15 sequences, and were inferred with 76.7 to 99 SH-aLRT statistical support. The detailed annotated maximum likelihood tree can be found here. 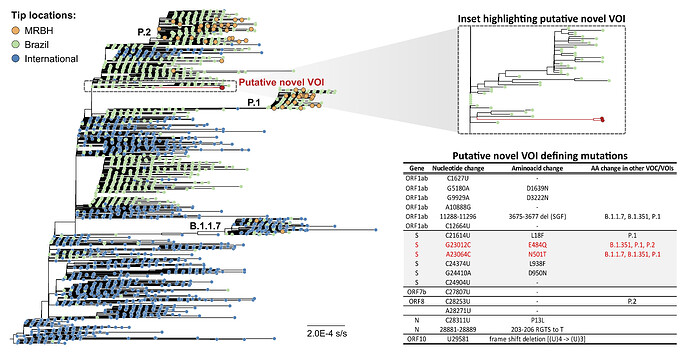 Figure_2.Phylogenetic-tree8270×4264 2.82 MB
Figure 2. Maximum likelihood phylogeny revealing the diversity of lineages circulating in Belo Horizonte metropolitan region in the sampled period. Tip colors indicate sequence sampling location: International, Brazil or metropolitan region of Belo Horizonte (MRBH). While the majority of novel sequences belong to previously characterized VOC/VOIs (B.1.1.7, P.1 and P2), a highly supported monophyletic cluster derived from lineage B.1.1.28 and defined by 18 unique mutations have been inferred (samples LBI215 and LBI218). The inset highlights the novel described lineage and its defining mutations are listed in the associated table. As these samples share several non-synonymous mutations of putative biological significance in the spike protein (G23012C: E484Q, A23064C: N501T, C24374T: L938F, G24410A: D950N) and are not epidemiologically linked, we believe these results could indicate the existence of a novel VOI. We highlight the new N501T and E484Q substitutions at the same amino acid positions shared by B.1.1.7, B.1.351, P.1 and P.2 variants.

Even though we found only two samples belonging to this new variant (estimated frequency: 0,02), it harbors a myriad of mutations - including four in the spike protein - possibly associated with functional effects that could lead to epidemiological consequences. These samples were epidemiologically unconnected, being collected in different laboratories from completely unrelated individuals in different regions of the MRBH, reinforcing this lineage circulation. Both genomes LBI215 and LB218 harbor new non-synonymous mutations on the critical 484 and 501 positions in the spike protein, already described increasing virus transmission and immune escape (Figure 2). The plethora of new mutations and our phylogenetic analysis suggest that this putative novel VOI was derived from lineage B.1.1.28 and should be designated as P.4. However, the PANGO nomenclature system defines that at least five genome sequences with coverage greater than 95% must be reported for a lineage to be formally classified. We are increasing the sampling of positive COVID-19 patients at the same regions to possibly identify new genomes with this signature to define this new lineage.

The presented results emphasize the co-circulation of VOCs B.1.1.7, P.1 and VOI P.2 in elevated frequency and a novel variant defined by multiple new mutations at positions with biological significance. The co-circulation of these variants, harboring mutations characterized by enhanced transmissibility and immune escape, is consistent with the recent increase in the number of cases and deaths observed in MRBH and other regions in Brazil (https://covid19br.github.io/) (1). B.1.1.7 lineage has been associated with increasing rates of mortality of 60% in the UK and shares the spike N501Y mutation with P.1 (1, 10).

Ongoing molecular modeling and docking experiments in spike proteins harboring the new N501T and E484Q mutations identified here are currently being conducted to predict biological impact of these mutations in virus entry, transmission and immune escape. Moreover, the recurrent emergence of diverse VOC/VOIs sharing multiple mutations at the same genome position emphasizes a pattern of consistent evolutionary convergence in SARS-CoV-2 (21). It is possible that the continuous variant emergence is related to increased virus transmission rates.

We intend to expand our sampling size and genetically characterize recent samples from the MRBH to document changes in the relative frequencies of circulating VOC/VOIs. In addition, the biological relevance of the new spike mutations described here (N501T and E484Q) will be evaluated by molecular docking with ACE2 cellular receptor and virus entry on cellular models. The novel lineage herein reported requires continued monitorization by genomic surveillance programs to better evaluate its circulation in other regions in Brazil.

18 - Tavaré S. Some probabilistic and statistical problems in the analysis of DNA sequences. Vol. 17, American Mathematical Society: Lectures on Mathematics in the Life Sciences. 1986. p. 57–86.

We would like to thank all authors who submitted their data to GISAID and the EpiCoV curation team for their work. A full list of acknowledgments is available here.