To estimate the date that human SARS-CoVs last shared a common ancestor with bat sarbecoviruses, we need to identify a suitable rate prior for the molecular clock. Because there is insufficient signal when using tip dating with sarbecoviruses isolated from bats and pangolins (6), we calibrated the molecular clock using SARS-CoVs isolated from humans. 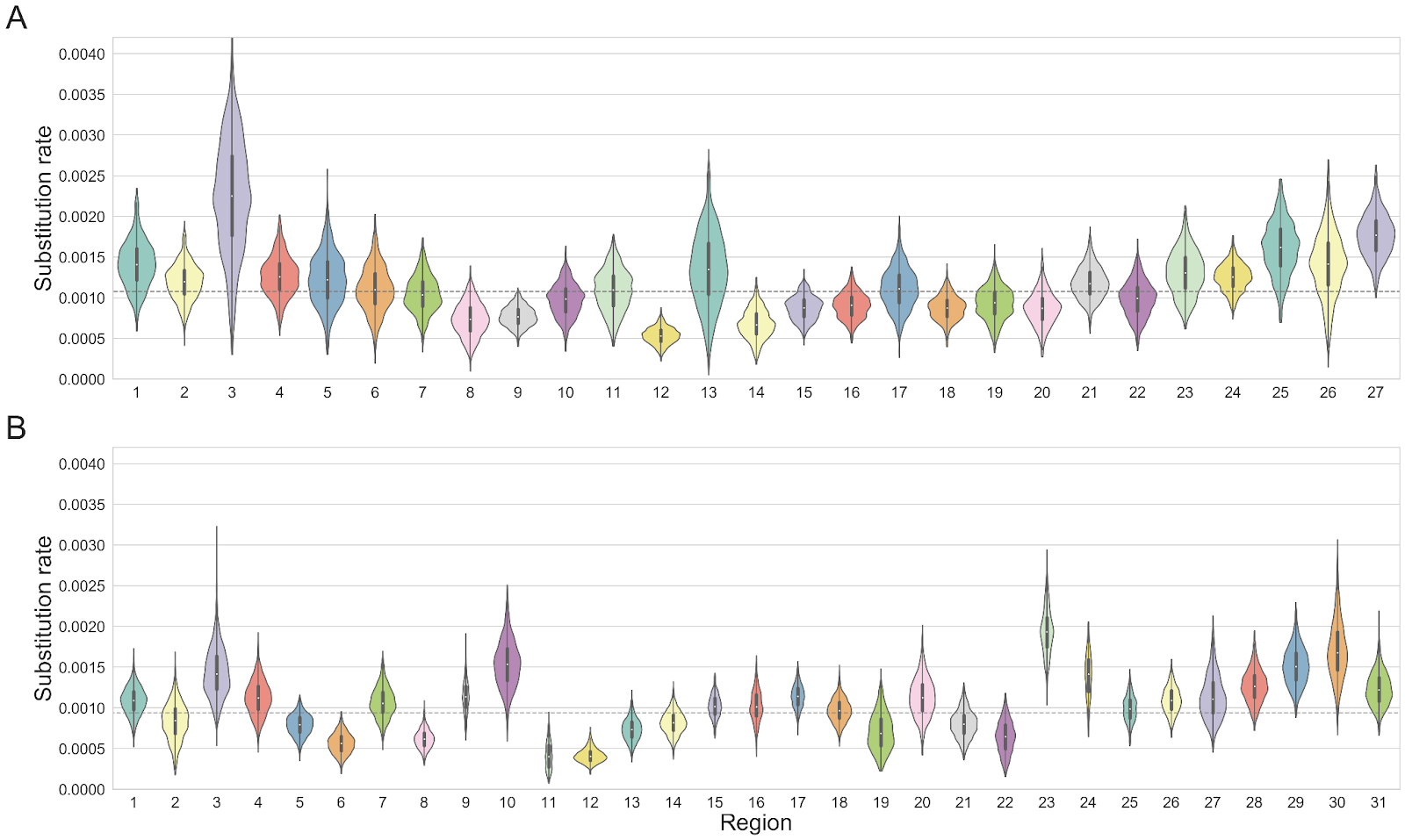 Although accurate estimation of the ages of deeper nodes in the SARS-CoV phylogenies would require more sophisticated models accommodating saturation (10), we restrict our analyses to the most recent nodes of the tree. Our inferred tMRCAs of the NRRs indicate that a few of the published sarbecovirus genomes include non-recombinant fragments that are descendant from viruses that circulated only a few years before the emergence of SARS-CoV-1 and SARS-CoV-2. 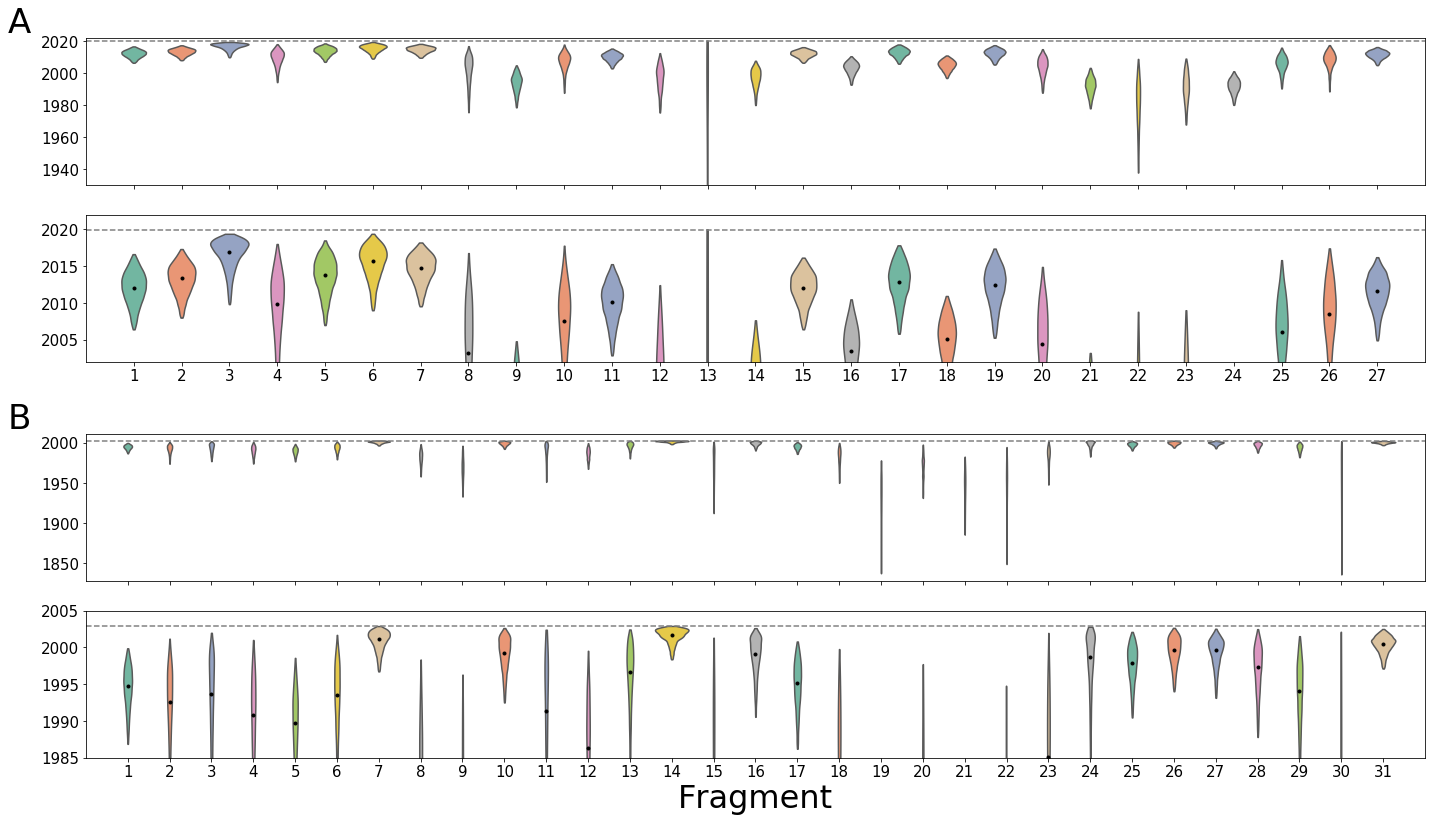 The ancestor of SARS-CoV-2 can be understood as the aggregate of the proximal ancestors of SARS-CoV-2 across each of its NRRs (9). This ancestor—here referred to as the recombinant common ancestor (“recCA”)—accounts for the closest relative(s) across all non-recombinant segments.

Although whole-genome genetic similarity is frequently used as a proxy for evolutionary recency, it is the non-recombinant fragments that must be analyzed to properly understand the emergence of the SARS-CoVs. Whole-genome genetic distance misleadingly suggests decades of separation between the proximal ancestor and each of the SARS-CoVs (11). However, we show that non-recombinant fragments from published sarbecovirus genomes are descended from viruses ancestral to and circulating as recently as 1–3 years prior to the emergence of the SARS-CoVs.

The viruses that gave rise to the SARS-CoVs have since experienced years of evolution and almost certainly recombined with yet unsampled sub-lineages of the sarbecovirus tree. The search for sarbecoviruses related to the SARS-CoVs should therefore be focused on detecting and characterizing similar genomic fragments that descend from a closely related ancestor, rather than viruses that are genetically similar across the entire genome.