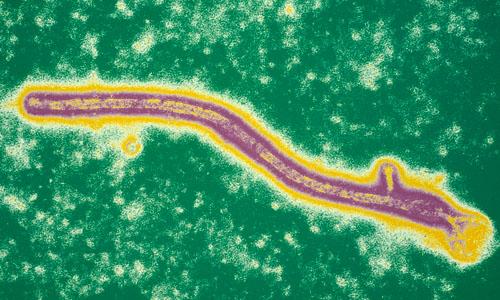 The Institut Pasteur and the Institut Pasteur International network are releasing EBOV sequences to support the public health response as well as the development and evaluation of EVD vaccines, therapeutics, and diagnostics. Please feel free to...

It is remarkable how much these 85 EBOV sequences add to the picture of the molecular evolution during the outbreak. One would have thought, with hundreds of sequences in Genbank, and after the contribution here from the German contingent, that an additional 85 would add little. But that is clearly not the case, with the addition of sequences from previously underrepresented geographic areas. For one thing, the SL3 genotype (mutation at 10218) was missing from the German set of Guinea samples, but is well represented in this set. The early genotype, without the PSA to PSV mutation in GP, was missing in the SLE set, but is well represented here far along into the outbreak.

So each sequence set sees one side of the Makona “elephant”, from a geographically distinct perspective, and the whole panoply of sequences from all sources needs to be examined to understand the genotypic flow through the human population. Clearly, a relative few “founder” genotypes were present early on, and have independently spread from the original, unsampled patient set, which were also likely underestimated in number.