Monkeypox virus genome sequence from an imported case in Colombia

Monkeypox virus (MPXV) is composed of a double-stranded DNA genome of approximately 197.209 bp. The current classification divides MPXV into two clades: Central African or Congo Basin clade (clade 1) and West African clade (clade 2 and clade 3). On June 28, 2022, 4357 cases were reported in 48 countries. Here we report a complete genome and phylogenetic analysis of a monkeypox case detected in Colombia.

A total of 11951 reads mapped directly to a reference genome with 96.8% of coverage (190.898 bp) in the consensus sequence and submitted to the GISAID database. The sequence is available under the GISAID accession ID EPI_ISL_13511312

Phylogenetic analysis of the Colombian MPXV genome demonstrated its close relationship to the west African clade (clade 3) and closely related to genomes described during the 2022 outbreak (Figure 1). 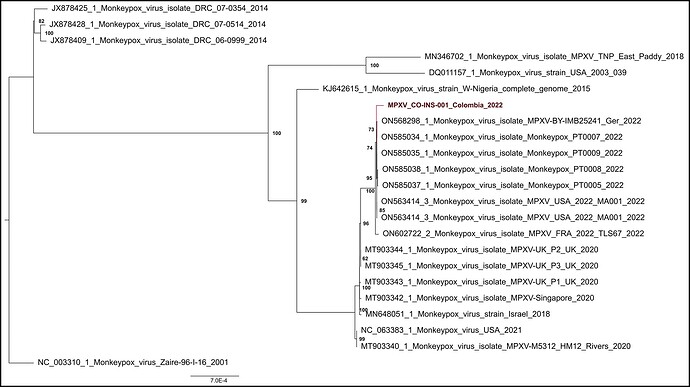 Figure 1. Phylogenetic tree of Monkeypox virus. The tree was reconstructed by maximum likelihood with the estimated K3Pu+F+I nucleotide substitution model for the dataset of 23 genomes.

Declarations: This study was done according to the mandatory surveillance in public health of the National Institute of Health of Colombia.